A Second Version Of Bitcoin Has Launched. Could It 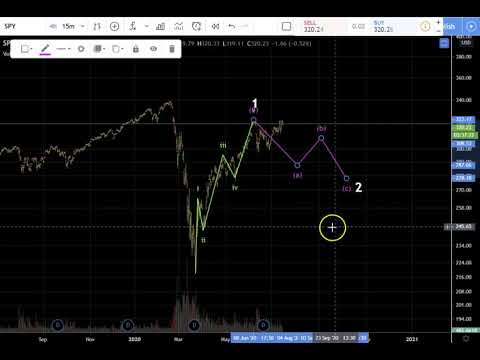 Welcome to IOTAmarkets! -- IOTA is a quantum-resistant distributed ledger protocol launched in 2015, focused on being useful for the emerging m2m economy of Internet-of-Things (IoT), data integrity, micro-/nano- payments, and anywhere else a scalable decentralized system is warranted. IOTA uniquely offers zero fees, no scaling limitations, and decentralized consensus where users are also validators. The digital currency 'iota' has a fixed money supply with zero inflationary cost.
[link]

Technical: The Path to Taproot Activation

Taproot! Everybody wants to have it, somebody wants to make it, nobody knows how to get it!
(If you are asking why everybody wants it, see: Technical: Taproot: Why Activate?)
(Pedants: I mostly elide over lockin times)
Briefly, Taproot is that neat new thing that gets us:
So yes, let's activate taproot!

The biggest problem with activating Taproot is PTSD from the previous softfork, SegWit. Pieter Wuille, one of the authors of the current Taproot proposal, has consistently held the position that he will not discuss activation, and will accept whatever activation process is imposed on Taproot. Other developers have expressed similar opinions.
So what happened with SegWit activation that was so traumatic? SegWit used the BIP9 activation method. Let's dive into BIP9!

Basically, BIP9 has a bunch of parameters:
Now there are other parameters (name, starttime) but they are not anywhere near as important as the above two.
A number that is not a parameter, is 95%. Basically, activation of a BIP9 softfork is considered as actually succeeding if at least 95% of blocks in the last 2 weeks had the specified bit in the nVersion set. If less than 95% had this bit set before the timeout, then the upgrade fails and never goes into the network. This is not a parameter: it is a constant defined by BIP9, and developers using BIP9 activation cannot change this.
So, first some simple questions and their answers:


The Great Battles of the SegWit Wars

SegWit not only fixed transaction malleability, it also created a practical softforkable blocksize increase that also rebalanced weights so that the cost of spending a UTXO is about the same as the cost of creating UTXOs (and spending UTXOs is "better" since it limits the size of the UTXO set that every fullnode has to maintain).
So SegWit was written, the activation was decided to be BIP9, and then.... miner signalling stalled at below 75%.
Thus were the Great SegWit Wars started.

If you are a miner with at least 5% global hashpower, you can hold a BIP9-activated softfork hostage.
You might even secretly want the softfork to actually push through. But you might want to extract concession from the users and the developers. Like removing the halvening. Or raising or even removing the block size caps (which helps larger miners more than smaller miners, making it easier to become a bigger fish that eats all the smaller fishes). Or whatever.
With BIP9, you can hold the softfork hostage. You just hold out and refuse to signal. You tell everyone you will signal, if and only if certain concessions are given to you.
This ability by miners to hold a feature hostage was enabled because of the miner-exit allowed by the timeout on BIP9. Prior to that, miners were considered little more than expendable security guards, paid for the risk they take to secure the network, but not special in the grand scheme of Bitcoin.

When the incompatibility between Covert ASICBoost and SegWit was realized, still, activation of SegWit stalled, and miners were still not openly claiming that ASICBoost was related to non-activation of SegWit.
Eventually, a new proposal was created: BIP148. With this rule, 3 months before the end of the SegWit timeout, nodes would reject blocks that did not signal SegWit. Thus, 3 months before SegWit timeout, BIP148 would force activation of SegWit.
This proposal was not accepted by Bitcoin Core, due to the shortening of the timeout (it effectively times out 3 months before the initial SegWit timeout). Instead, a fork of Bitcoin Core was created which added the patch to comply with BIP148. This was claimed as a User Activated Soft Fork, UASF, since users could freely download the alternate fork rather than sticking with the developers of Bitcoin Core.
Now, BIP148 effectively is just a BIP9 activation, except at its (earlier) timeout, the new rules would be activated anyway (instead of the BIP9-mandated behavior that the upgrade is cancelled at the end of the timeout).
BIP148 was actually inspired by the BIP8 proposal (the link here is a historical version; BIP8 has been updated recently, precisely in preparation for Taproot activation). BIP8 is basically BIP9, but at the end of timeout, the softfork is activated anyway rather than cancelled.
This removed the ability of miners to hold the softfork hostage. At best, they can delay the activation, but not stop it entirely by holding out as in BIP9.
Of course, this implies risk that not all miners have upgraded before activation, leading to possible losses for SPV users, as well as again re-pressuring miners to signal activation, possibly without the miners actually upgrading their software to properly impose the new softfork rules.


BIP91, SegWit2X, and The Aftermath

BIP148 inspired countermeasures, possibly from the Covert ASiCBoost miners, possibly from concerned users who wanted to offer concessions to miners. To this day, the common name for BIP148 - UASF - remains an emotionally-charged rallying cry for parts of the Bitcoin community.
One of these was SegWit2X. This was brokered in a deal between some Bitcoin personalities at a conference in New York, and thus part of the so-called "New York Agreement" or NYA, another emotionally-charged acronym.
The text of the NYA was basically:
The first item above was coded in BIP91.
Unfortunately, if you read the BIP91, independently of NYA, you might come to the conclusion that BIP91 was only about lowering the threshold to 80%. In particular, BIP91 never mentions anything about the second point above, it never mentions that bit 4 80% threshold would also signal for a later hardfork increase in weight limit.
Because of this, even though there are claims that NYA (SegWit2X) reached 80% dominance, a close reading of BIP91 shows that the 80% dominance was only for SegWit activation, without necessarily a later 2x capacity hardfork (SegWit2X).
This ambiguity of bit 4 (NYA says it includes a 2x capacity hardfork, BIP91 says it does not) has continued to be a thorn in blocksize debates later. Economically speaking, Bitcoin futures between SegWit and SegWit2X showed strong economic dominance in favor of SegWit (SegWit2X futures were traded at a fraction in value of SegWit futures: I personally made a tidy but small amount of money betting against SegWit2X in the futures market), so suggesting that NYA achieved 80% dominance even in mining is laughable, but the NYA text that ties bit 4 to SegWit2X still exists.
Historically, BIP91 triggered which caused SegWit to activate before the BIP148 shorter timeout. BIP148 proponents continue to hold this day that it was the BIP148 shorter timeout and no-compromises-activate-on-August-1 that made miners flock to BIP91 as a face-saving tactic that actually removed the second clause of NYA. NYA supporters keep pointing to the bit 4 text in the NYA and the historical activation of BIP91 as a failed promise by Bitcoin developers.

There are two primary proposals I can see for Taproot activation:
We have discussed BIP8: roughly, it has bit and timeout, if 95% of miners signal bit it activates, at the end of timeout it activates. (EDIT: BIP8 has had recent updates: at the end of timeout it can now activate or fail. For the most part, in the below text "BIP8", means BIP8-and-activate-at-timeout, and "BIP9" means BIP8-and-fail-at-timeout)
So let's take a look at Modern Softfork Activation!

This is a more complex activation method, composed of BIP9 and BIP8 as supcomponents.
The total above is 42 months, if you are counting: 3.5 years worst-case activation.
The logic here is that if there are no problems, BIP9 will work just fine anyway. And if there are problems, the 6-month period should weed it out. Finally, miners cannot hold the feature hostage since the 24-month BIP8 period will exist anyway.


PSA: Being Resilient to Upgrades

Software is very birttle.
Anyone who has been using software for a long time has experienced something like this:
If you are a technically-competent user, you might codify your workflow into a bunch of programs. And then you upgrade one of the external pieces of software you are using, and find that it has a subtle incompatibility with your current workflow which is based on a bunch of simple programs you wrote yourself. And if those simple programs are used as the basis of some important production system, you hve just screwed up because you upgraded software on an important production system.
And well, one of the issues with new softfork activation is that if not enough people (users and miners) upgrade to the newest Bitcoin software, the security of the new softfork rules are at risk.
Upgrading software of any kind is always a risk, and the more software you build on top of the software-being-upgraded, the greater you risk your tower of software collapsing while you change its foundations.
So if you have some complex Bitcoin-manipulating system with Bitcoin somewhere at the foundations, consider running two Bitcoin nodes:
When a new Bitcoin version comes up, you just upgrade the "always-up-to-date" Bitcoin node. This protects you if a future softfork activates, you will only receive valid Bitcoin blocks and transactions. Since this node has nothing running on top of it, it is just a special peer of the "stable-version" node, any software incompatibilities with your system software do not exist.
Your "stable-version" Bitcoin node remains the same version until you are ready to actually upgrade this node and are prepared to rewrite most of the software you have running on top of it due to version compatibility problems.
When upgrading the "always-up-to-date", you can bring it down safely and then start it later. Your "stable-version" wil keep running, disconnected from the network, but otherwise still available for whatever queries. You do need some system to stop the "always-up-to-date" node if for any reason the "stable-version" goes down (otherwisee if the "always-up-to-date" advances its pruning window past what your "stable-version" has, the "stable-version" cannot sync afterwards), but if you are technically competent enough that you need to do this, you are technically competent enough to write such a trivial monitor program (EDIT: gmax notes you can adjust the pruning window by RPC commands to help with this as well).
This recommendation is from gmaxwell on IRC, by the way.

Since they're calling for r/btc to be banned...

My Provisional List of COVID Anomalies, Red/ False Flags & Clear Indications of Scumbaggery And Scambuggery. LIHOP, MIHOP Or HOAX/SCAM? Def Not As Described. Very Much Updated Since 1st Posting. Please Let Me Know What I’ve Missed Or Add Links. Repost, Due To Strange Disappearance of 90% Of My Post.