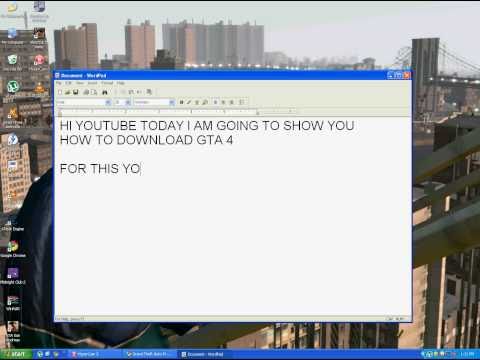 I’m not sure about you, but for the past few years, I’ve been hearing people go on and on about PCs "superiority" to the console market. People cite various reasons why they believe gaming on a PC is “objectively” better than console gaming, often for reasons related to power, costs, ease-of-use, and freedom.
…Only problem: much of what they say is wrong.
There are many misconceptions being thrown about PC gaming vs Console gaming, that I believe need to be addressed. This isn’t about “PC gamers being wrong,” or “consoles being the best,” absolutely not. I just want to cut through some of the stuff people use to put down console gaming, and show that console gaming is incredibly similar to PC gaming. I mean, yes, this is someone who mainly games on console, but I also am getting a new PC that I will game on as well, not to mention the 30 PC games I already own and play. I’m not particularly partial to one over the other.
Now I will mainly be focusing on the PlayStation side of the consoles, because I know it best, but much of what I say will apply to Xbox as well. Just because I don’t point out many specific Xbox examples, doesn’t mean that they aren’t out there.


“PCs can use TVs and monitors.”

This one isn’t so much of a misconception as it is the implication of one, and overall just… confusing. This is in some articles and the pcmasterrace “why choose a PC” section, where they’re practically implying that consoles can’t do this. I mean, yes, as long as the ports of your PC match up with your screen(s) inputs, you could plug a PC into either… but you could do the same with a console, again, as long as the ports match up.
I’m guessing the idea here is that gaming monitors often use Displayport, as do most dedicated GPUs, and consoles are generally restricted to HDMI… But even so, monitors often have HDMI ports. In fact, PC Magazine has just released their list of the best gaming monitors of 2017, and every single one of them has an HDMI port. A PS4 can be plugged into these just as easily as a GTX 1080.
I mean, even if the monitoTV doesn’t have HDMI or AV to connect with your console, just use an adaptor. If you have a PC with ports that doesn’t match your monitoTV… use an adapter. I don’t know what the point of this argument is, but it’s made a worrying amount of times.


“On PC, you have a wide range of controller options, but on console you’re stuck with the standard controller."

Are you on PlayStation and wish you could use a specific type of controller that suits your favorite kind of gameplay? Despite what some may believe, you have just as many options as PC.
Want to play fighting games with a classic arcade-style board, featuring the buttons and joystick? Here you go!
Want to get serious about racing and get something more accurate and immersive than a controller? Got you covered.
Absolutely crazy about flying games and, like the racers, want something better than a controller? Enjoy!
Want Wii-style motion controls? Been around since the PS3. If you prefer the form factor of the Xbox One controller but you own a PS4, Hori’s got you covered. And of course, if keyboard and mouse it what keeps you on PC, there’s a PlayStation compatible solution for that. Want to use the keyboard and mouse that you already own? Where there’s a will, there’s a way.
Of course, these aren’t isolated examples, there are plenty of options for each of these kind of controllers. You don’t have to be on PC to enjoy alternate controllers.


“On PC you could use Steam Link to play anywhere in your house and share games with others.”

PS4 Remote play app on PC/Mac, PSTV, and PS Vita.
PS Family Sharing.
Using the same PSN account on multiple PS4s/Xbox Ones and PS3s/360s, or using multiple accounts on the same console.
In fact, if multiple users are on the same PS4, only one has to buy the game for both users to play it on that one PS4. On top of that, only one of them has to have PS Plus for both to play online (if the one with PS Plus registers the PS4 as their main system).
PS4 Share Play; if two people on separate PS4s want to play a game together that only one of them owns, they can join a Party and the owner of the game can have their friend play with them in the game.
Need I say more?


“Gaming is more expensive on console.”

Let me stop you right there.
If you add together the total number of Oculus Rifts and HTC Vives sold to this day, and threw in another 100,000 just for the sake of it, that number would still be under the number of PSVR headsets sold.
Why could this possibly be? Well, for a simple reason: affordability. The systems needed to run the PC headsets costs $800+, and the headsets are $500 - $600, when discounted. PSVR on the other hand costs $450 for the full bundle (headset, camera, and move controllers, with a demo disc thrown in), and can be played on either a $250 - $300 console, or a $400 console, the latter recommended. Even if you want to say that the Vive and Rift are more refined, a full PSVR set, system and all, could cost just over $100 more than a Vive headset alone.
If anything, PC isn’t leading the VR gaming market, the PS4 is. It’s the system bringing VR to the most consumers, showing them what the future of gaming could look like. Not to mention that as the PlayStation line grows more powerful (4.2 TFLOP PS4 Pro, 10 TFLOP “PS5…”), it won’t be long until the PlayStation line can use the same VR games as PC.
Either way, this shows that there is a console equivalent to the PC VR options. Sure, there are some games you'd only be able to play on PC, but there are also some games you'd only be able to play on PSVR.
…Though to be fair, if we’re talking about VR in general, these headsets don’t even hold a candle to, surprisingly, Gear VR.


“If it wasn’t for consoles holding devs back, then they would be able to make higher quality games.”

This one is based on the idea that because of how “low spec” consoles are, that when a developer has to take them in mind, then they can’t design the game to be nearly as good as it would be otherwise. I mean, have you ever seen the minimum specs for games on Steam?
GTA V
Just Cause 3
Fallout 4
Overwatch
Witcher 3
Actually, bump up all the memory requirements to 8 GBs, and those are some decent specs, relatively speaking. And keep in mind these are the minimum specs to even open the games. It’s almost as if the devs didn’t worry about console specs when making a PC version of the game, because this version of the game isn’t on console. Or maybe even that the consoles aren’t holding the games back that much because they’re not that weak. Just a hypothesis.
But I mean, the devs are still ooobviously having to take weak consoles into mind right? They could make their games sooo much more powerful if they were PC only, right? Right?
No. Not even close.
iRacing
Playerunknown’s Battlegrounds
These are PC only games. That’s right, no consoles to hold them back, they don’t have to worry about whether an Xbox One could handle it. Yet, they don’t require anything more than the Multiplatform games.
Subnautica
Rust
So what’s the deal? Theoretically, if developers don’t have to worry about console specs, then why aren’t they going all-out and making games that no console could even dream of supporting?
Low-end PCs.
What, did you think people only game on Steam if they spent at least $500 on gaming hardware? Not all PC gamers have gaming-PC specs, and if devs close their games out to players who don’t have the strongest of PCs, then they’d be losing out on a pretty sizable chunk of their potential buyers.
Saying “devs having to deal with consoles is holding gaming back” is like saying “racing teams having to deal with Ford is holding GT racing back.” A: racing teams don’t have to deal with Ford i